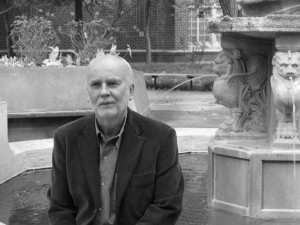 Adam Zagajewski was born in 1945 in Lwów, Poland (now Lviv, Ukraine). After the region was annexed by the Soviet Union, his family was resettled in Gliwice, in Upper Silesia. Zagajewski studied psychology and philosophy in Kraków and later taught philosophy there at the AGH University of Science and Technology. His literary debut came in 1967 in the journal »Życie Literackie Magazin«. In the following years he published his texts and reviews in various Polish journals. He was a member of the literary movement Nowa Fala (New Wave), which campaigned against the denigration of the Polish language resulting from communist ideology and propaganda. By the end of the 1970s his critical stance against the government and his involvement with the civil society group Komitet Obrony Robotników (KOR; Eng. Workers’ Defence Committee) in the Polish People’s Republic had led to his publishing ban. Upon the declaration of martial law he emigrated to Berlin, Paris and the US. He had teaching posts at the University of Houston and in 1999 was elected to the American Academy of Arts and Sciences. In 2002 he returned to Poland.

Zagajewski’s literary oeuvre has been translated into many languages and enjoys international acclaim. His approach to his work balances a rapprochement between East and West and a new way of thinking that is devoid of political ideologies. His poetic texts stress a return to emphasis and pathos and scour everyday life for the wonderful things that leave people in awe. His essayistic texts repeatedly refer to the indispensability of art in today’s world. In his book of recollections »W cudzym pięknie« (1998; Eng. »Another Beauty«, 1998) he depicts the time in the 1960s when the formal royal city sought to protect its splendor from Sovietization and gives poetic impressions of his experiences and encounters with intellectuals and scholars. The newest poems in »Asymetria« (2014; tr. »Asymmetry« 2017) include reflections on the incongruence of elementary manifestations, traveling as a lack of rootedness, and reminiscences of important locations in his life (Lviv, Paris, Kraków), as well as great artists and philosophers, and impressions on the world’s most recent political developments.

Zagajewski’s poems and essays have won numerous awards, including the Neustadt International Prize for Literature (2004), the Eichendorff-Literaturpreis (2014), the Heinrich Mann Prize given by the Berlin Academy of Arts (2015), the Leopold-Lucas-Preis (2016), the Jean Améry Prize for European Essay Writing (2016) and the Princess of Asturias Award for Literature (2017). In 2015 he was chosen to be a member of the Deutsche Akademie für Sprache und Dichtung. Zagajewski taught literature at the University of Chicago and currently lives in Kraków.