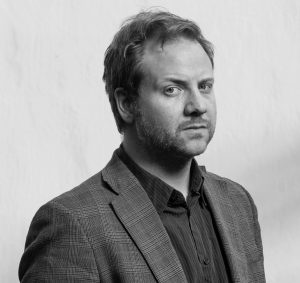 The Icelandic poet and fantasy writer Emil Hjörvar Petersen was born in 1984. He studied literature and cultural studies and completed a master’s degree in publishing as well as a bachelor’s degree in comparative literature. He began his literary career by writing poems. »Gárungagap« was published in 2007, followed by »Refur« (tr: Fox) in 2008. The latter was conceived as a kind of lyrical encyclopedia of the fox. The Icelandic language has many words to describe a fox, namely refur, lágfóta, and tófa. Of these, the eponymous first word best encompasses the various mythological and cultural layers of the fox in Icelandic. At the same time, it is a noble creature, a deceiver who can use any trickery, and much more – in the poems of this collection, Emil Hjörvar Petersen tallies different nuances and connotations that »refur« has in Iceland and pairs it with parallel fox myths from around the world.

Petersen has to date published six novels, he has organized events related to fantasy and science fiction and has  appeared as an author at international conferences and congresses such as Worldcon, Swecon, and ICFA (International Conference on the Fantastic in the Arts). Petersen was an Icelandic representative at Reykjavík International Literary Festival. In 2015 he worked together with the Reykjavík UNESCO City of Literature, and has written guides to the science fiction and fantasy genre.

The author lives in Kópavogur, Iceland.