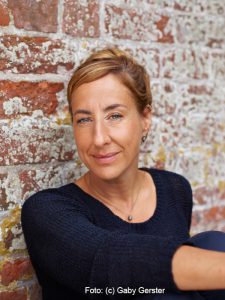 Judith Hermann was born in 1970 in Berlin, where she later studied German literature and worked as a waitress and actress. After attending the Berlin School of Journalism, she interned at the German-language newspapers »New Yorker Staats-Zeitung« and »Aufbau« in New York. In 1997 she was awarded a grant by the German Academy of Arts. Within a few months, while at the Alfred-Doeblin-Haus in Wewelsfleth, she wrote nine stories which were published the following year in the collection »Sommerhaus, später« (Eng. »Summer House, Later«, 2002). The book was enthusiastically received by critics and the public alike, confirming the verdict Marcel Reich-Ranicki issued in »Literarisches Quartett«: »We have gained a new author, a wonderful author. She will have much success.« In the tradition of Raymond Carver and Anton Chekhov, Hermann’s stories give an unmistakable voice to people who are around forty years old today. With atmospheric, detailed, and yet laconic writing, the author describes everyday scenes that casually develop into an action. As in the title story of the collection, they are often about vague love relationships that are not fulfilled due to non-commitment and indecisiveness. Romantic inadequacy is combined with memorable pictures and sentences without the underlying tension ever dissolving into pathos.

In 2003 she published her second volume of stories, »Nichts als Gespenster« (»Eng. Nothing but Ghosts«, 2005). Since then, she has been one of the few artists to maintain their reputation with critics and readers even after the end of the trend towards young German literature and It-Girls. Her »unmistakable, dream-like, floating, addictive« style – as described in reviews – is preserved in these seven new stories. The once stricken tone varies against the backdrop of international settings: in Karlsbad, for example, an old love affair is gently buried, in America a couple find their way back to each other by chance, in Venice a young woman realizes when she meets her parents that she is has grown up after all. In 2007 a successful and award-winning film adaptation of the bestseller was brought to the cinema.

Two years later, Hermann presented in »Alice« five »atmospherically masterful and stylistically masterful stories of dying and the experience of loss« according to the Friedrich Hölderlin Prize jury. Hermann published her first novel »Aller Liebe Anfang« 2014; Eng. »Where Love Begins«, 2016), a parable about closeness and distance. The story is about a small family whose tranquil suburban life is threatened by a stalker. The novel was followed by the 2016 story collection »Lettipark«, which was awarded the Danish Blixen Prize for short stories. Her newest novel »Daheim« will be published in 2020. Hermann’s other prizes include the City of Bremen Literature Prize, the Hugo Ball Prize and the renowned Kleist Prize.