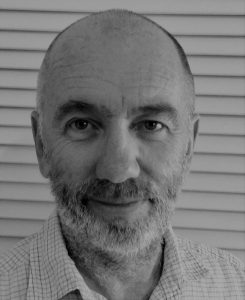 The Australian children’s and young adult book author Steven Herrick was born as the youngest of seven children in Brisbane in 1958. He was fond of football, which is why he left school after tenth grade and supplemented his training by working as a fruit picker, warehouse worker, and office worker. Three years after his dreams of a football career were shattered, he returned to school and later studied poetry at the University of Queensland until 1982.

He published his first poem at the age of 18. In an article for »The Pulse«, Herrick highlighted the narrative aspect of his poetry: »People think poetry is about really static, old, boring things like a tree or a river. My poetry is about a boy who jumps in the river. I don’t write descriptive poems. I write stories in verse.«

Herrick has written 24 books for children and young adults. Many of his books are written in verse, including his young adult novel »The Simple Gift« (2000). This text is about 16-year-old Billy, who leaves home to escape his violent father. In a small Australian town, he falls in love with the wealthy and restless Caitlin and befriends a homeless man who slowly reveals his tragic past. Together they realize that, no matter how big or small, it is the simple things in life that matter. Herrick’s language is lyrical and concise while avoiding pathos. The German translation was chosen as the Book of the Month for September 2016 by the German Academy for Children’s and Young Adult Literature. In 2003 Herrick’s children’s novel »Do-wrong Ron«, named Honour Book by the Australian Children’s Book Council, was published. The novel is about a boy who always does either the wrong thing or the right thing at the wrong time, until he meets the guinea pig Charlie as well as Isabelle, who accepts Ron for who he is. In 2005 his novel »By the River« (2004) won the NSW Premier’s Literary Award for Young Adult Literature. The book, which was also awarded the German Children’s Literature Prize in 2019, describes the life-affirming journey of a young man from grief and despair to love and optimism. »Another Night in Mullet Town« (2016) is a novel about friendship, family, and the difficulty of finding one’s own way. In his most recent book »The Bogan Mondrian« (2018) Herrick deals with difficult but important topics such as domestic violence and the gap between rich and poor.

Steven Herrick has also written a number of travel books about his bicycle tours across Europe. His books have been shortlisted eight times for the Australian Children’s Book Council Book of the Year Awards.

Today Herrick lives in Katoomba in the Blue Mountains with his wife Cathie, a belly dancer. They have two adult sons.