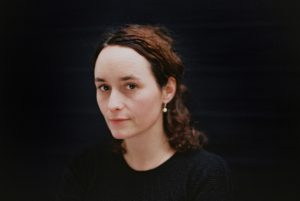 The writer, visual artist, translator, and literary scholar Muriel Pic was born in Nice in 1974. During the completion of her doctorate on Pierre Jean Jouve at the École des hautes études en sciences sociales in Paris, she specialized in the intellectual questions that were posed during the period between the two world wars, such as those in the areas of psychoanalysis and the political commitment of the writer. She later conducted research W.G. Sebald, including his reception of the war, his montage of documents, texts and images, and micro-historical writing. Her monograph on W.G. Sebald’s works »W.G. Sebald. L’image papillon« (2009) was groundbreaking for the Sebald’s reception in France. Since 2007, she has also focused on the literary research and analysis of the works of Walter Benjamin, Stéphane Mallarmé, and Georges Bataille. She also researches the painter and writer Henri Michaux and has translated and edited Walter Benjamin, among other writers.

The texts of her bilingual collection of poems »Elegische Dokumente / Élegies documentaires« (2018) search for traces of the history of the 20th-century, with all its ideologies, utopias, and crimes. In free, melodic, sometimes brittle verses, Pic illuminates historical objects and places such as Prora, the seaside resort on the island of Rügen where, in the 1930s, a holiday resort was built for the organization »Kraft durch Freude (KdF)« (Strength Through Joy), the construction of which was completed at the beginning of World War II in 1939. Even though the plan to create a holiday resort for about 20,000 people was not implemented, the building parts that were later used as a military hospital and barracks reveal one aspect of the ideologies of the 20th century: »Tourism is always the same / always the same island / the same salt, the same sun / the same gestures […] Tourism is the industry of the same.« At the same time, with the view of a historian whose work is first and foremost linked to that of archives, Pic further explores the kibbutzim as the dream of a grassroots democratic settlement, combining it with photographs of beekeeping on the kibbutz and a facsimile of »Kafka’s German/Hebrew Dictionary«. »The poet again works with the approach of an economically perceptive palimpsest – with incredible force she overlays socialist utopia with the natural history of bee colonies, the biographical yearnings of the writer Franz Kafka with a bloody inventory of the pogroms and persecution of the Jews in Europe and Russia.« (Paul-Henri Campbell) The »Élegies documentaires«, originally published in a purely French edition in 2016, were followed by »En regardant le sang des bêtes« (2017), again a montage of visual and textual images, memories, thoughts on the relationship between man and animal, portraits of writers, and fragments from the documentary film of the same name by Georges Franju.