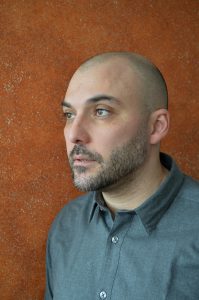 The Ukrainian philosopher, writer, and translator Vakhtang Kebuladze was born in Kyiv in 1972. From 1989 to 1994 he studied philosophy at Taras Shevchenko University in Kyiv and graduated with a thesis on Immanuel Kant and Russian philosophy of religion. Until 1997, Kebuladze continued his postgraduate studies at the same institute, where he became a Junior Research Fellow in 1998 and received his doctorate with a dissertation on »Husserl’s Intersubjectivity as Transcendental Background for A. Schütz’s Phenomenological Concept of Experience«. With the support of the DAAD program, Kebuladze completed an internship at the departments of philosophy and social sciences at the University of Konstanz from 1998 to 2000. Afterwards he worked as an assistant until 2005 and from 2006 to 2017 served as junior professor at the Institute of Philosophy at Taras Shevchenko University in Kyiv. In 2012 he completed a dissertation on »The Concept of Experience in Transcendental Phenomenology«. Kebuladze’s essay collection »Чарунки долі« (2016; tr: Cells of Fate), which was awarded the 2016 Yuri Shevelov Prize for Essay Writing, presents phenomenology not as an object of scholarship, but as an experience that manifests in texts and in life. In a non-linear way, he analyzes material from various registers and genres of art, culture, and society: cinema, literature, art, society, sex, pornography, religion. Kebuladze avoids making value judgments, taking a phenomenological approach towards the Other and the foreign without wanting to destroy or deform it and without relinquishing his own position. The texts, which are thematically broadly diversified, encourage reflection on problems such as beauty and intelligence, the loss of sexuality and pornography, originality and reproduction in art, and the perception of history and time. »When we actually think about something or create something, we always attempt the impossible. That’s the way life goes. In this way, we temporarily avoid death, not death as an end to physical existence, but as an expenditure of time, a transformation of life into a purely physical existence.«

Since 2016, Kebuladze has been a professor at the Department of Theoretical and Practical Philosophy at Taras Shevchenko University in Kyiv.

He has translated works by Edmund Husserl, Friedrich Nietzsche, Alfred Schütz, Bernhard Waldenfels, and others into Ukrainian.