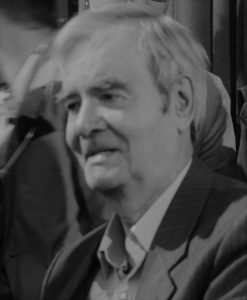 Ukrainian children’s book author and poet Volodymyr Rutkivskyi was born in 1937. He has lived in Odessa since the early 1960s, where he also worked as a print and radio journalist. He received wide recognition in independent Ukraine with his adventure tetralogy  »Džuri«, which was also filmed in a 2016 Russian-Ukrainian co-production based on his screenplay. Rutkivskyi has received numerous awards. In 2011, the BBC named his historical novel »Sini Wodi« as book of the year.