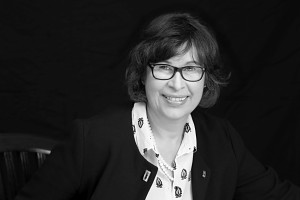 The German-Croatian writer, translator and literary scholar Alida Bremer was born in Split in 1959. She studied comparative literature, and Romance, Slavic and German studies in Belgrade, Rome, Saarbrücken and Münster. After receiving her doctorate, she worked from 1987 to 2003 as a research assistant and lecturer at universities in Münster and Giessen. She is a leading mediator of Croatian culture and has been lecturing in Germany on literary, political and cultural issues at universities, literary houses, civic institutes and at the Frankfurt and Leipzig book fairs since 1991. She headed up the project »Croatia as the Guest of Honor at the Leipzig Book Fair« (2008) and continues to work in a freelance capacity for the S. Fischer Foundation as part of TRADUKI. She has also worked for the Goethe Institute as a curator, among other occupations.

Bremer’s first novel »Olivas Garten« (tr. Oliva’s Garden), was published in 2013 and recounts the story of her family in Croatia. The narrator, who lives in Germany, receives news that she has inherited an olive field from her grandmother in Vodice on the eastern Adriatic coast. Although the narrator knows all too well that she will have to face a highly complicated Croatian bureaucracy, she travels to her homeland to take up the battle. While her German husband dreams of a charming olive factory, the narrator herself becomes immersed in the story of her female ancestors, many of whom were forced to survive on the poverty-stricken Adriatic coast – often alone and without their male partners – in an era of political upheaval and war in the 20th century. The novel also touches on the story of the El Shatt refugee complex, which was set up in 1944 near the Suez Canal. The camp was populated mostly by Dalmatian Croats who had been evacuated there and who proceeded to create a »veritable socialist mini-republic in British military tents in the middle of the desert«.

Bremer has acted as the publisher of several anthologies of Croatian literature in German translation. She has also carried out a number of translations of novels, stage plays, poetry and essays from the Croatian, Serbian and Bosnian into German, including works by Edo Popović, Bora Ćosić, Ivana Sajko, Delimir Rešicki, Marko Pogačar, Renato Baretić, Roman Simić, Zvonko Maković and Jakša Fiamengo. Bremer has received several prizes for her work in the realms of literature and culture, including the ›Ehrennadel‹ (Badge of Honor) of the City of Münster for her voluntary work on behalf of war refugees from Bosnia and Herzegovina, as well as the Order of the Republic of Croatia for her work in the service of Croatian culture. Bremer lives in Münster.