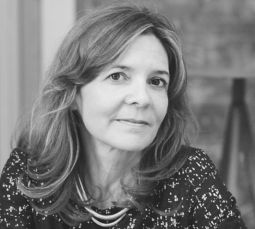 Amanda Michalopoulou is the author of seven novels and three short story collections. She has been a contributing editor at Kathimerini in Greece and Tagesspiegel in Berlin. Her stories have appeared in Harvard Review, Guernica, PEN magazine, World Literature Today, Words Without Borders, Asymptote, The Guardian among others.

She is a winner of the Revmata Award (1994), the Diavazo Award for her novel «Jantes »(1996) and the Academy of Athens Prize for her short story collection “Bright Day” (2013). The American translation of her book “I’d Like” won the International Literature Prize by NEA in the US (2008) and the Liberis Liber Prize of the Independent Catalan Publishers (2012). Her stories and essays have been translated into fourteen languages.

“Why I killed my best friend”, her latest book in translation, was short-listed for the National Translation Award in the US.

She currently lives in Athens, Greece where she teaches creative writing.