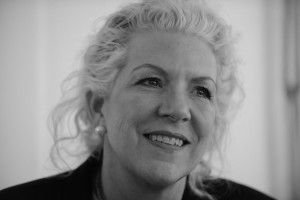 Jennifer Clement was born in 1960 in Greenwich, Connecticut, and grew up in Mexico City. She studied literature and anthropology at New York University, and then French literature in Paris. She also received a Master of Arts from the University of Southern Maine.

Clement became known through her literary portrait »Widow Basquiat« (2000), which is based on the memories and texts of Suzanne Mallouk, lover of the legendary artist. Besides her cross-genre novels »A True Story Based on Lies« (2001) and »The Poison that Fascinates« (2008) she has also published several volumes of poetry. Clement did research for her most recently published novel »Prayers for the Stolen« (2014) for more than ten years and in more than twenty countries. She compiled and summarised hundreds of interviews with girls and women in the Mexican provinces in fictional form to write a novel that was exemplary and multi-layered in its depiction of the human trafficking carried out by drug cartels.Right at the beginning, the narrator Ladydi Garcia Martinez described how her mother, who was terrified because of the frequent kidnappings, told everyone she was a boy, hid her on holes in the ground and deliberately disfigured her in order to hide her beauty. Paula, previously enslaved as a gangster’s mistress, is among the few survivors, although she has suffered terrible pain and torture. Like the murders in Ciudad Juárez showed, it is often not known where many of the abused victims forced into prostitution and to deal in drugs end up. Others are interned in the infamous Santa Marta prison south of Mexico City – »the biggest beauty salon in the world« in the words of the main character who encounters other women there embroiled in the drugs war. Due to her intense research and factually underscored narrative, Clement lends the individual fates of the victims whose kidnappings are covered up by the far-reaching corruption a haunting and poetic voice that intersperses jargon with lyrical imagery.

Clement’s texts have been included in many anthologies and have also appeared, for example, in »The Times«, »Poetry London«, »The Nation«, »The American Poetry Review«, »National Geographic« and »Akzente«, among others. She was awarded the Canongate Prize for New Writing (2001), received a scholarship in 2004 from the Goethe Institute and the Literary Colloquium with a period of stay in Berlin and, in 2007/2008 she was a Fellow of the MacDowell Colony. In 2012 she was awarded a literature scholarship by the National Endowment for the Arts. She founded the San Miguel Poetry Week in 1997 together with her sister Barbara Sibley. She has been a member of the Mexican Sistema Nacional de Creadores de Arte since 2000. From 2009 to 2012, she was President of the Mexican Center of PEN International, today she is President of PEN International. Clement lives in Mexico City.

A True Story Based on Lies

The Poison that Fascinates