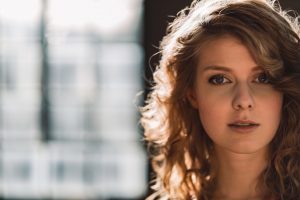 Lea-Lina Oppermann, was born in Berlin in 1998. During her school years, she attended a creative writing seminar at the University of Bonn and first wrote short prose and texts for her short films. In 2014, she won the CAMäleon Youth Film Award of the Heinz Silmann Foundation. From 2016 to 2020, she studied the art of performance in Stuttgart. Her first novel for young people, the psychological chamber play What We Thought We Did (2017), is now part of school reading, has been adapted for the stage and has received numerous awards.

Was wir dachten, was wir taten