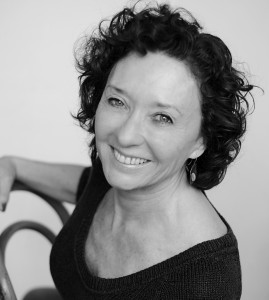 Maite Carranza, born in Barcelona in 1958, studied anthropology and subsequently taught languages and literature. In 1986 she published her first children’s book, »Ostres, tu, quin cacao!« (t: Goodness me, what a mess!), which was awarded the Premi de la Crítica Serra d’Or. Since the early 1990s Carranza has concentrated solely on writing.

Worldwide attention came with the fantasy series for youth, »La Guerra de las Brujas« (2005−2007, »The War of the Witches«). The first part, »El Clan de La Loba« (2005, t: The clan of the she-wolf), is set in a small Pyrenean village, the home of 14-year-old outsider Anaíd. After her eccentric mother Selene disappears without warning, she conceals her own identity as an Omar witch and tries to solve the mystery of her mother’s disappearance, her powers gradually increasing all the while. She soon stumbles into the crossfire of a centuries-long war between Omar and Odish witches. In the second part of the trilogy, »El Desierto de Hielo« (2006, t: The ice desert), Carranza mainly concentrates on portraying the earlier life of Selene, Anaíd’s mother, while the third part, »La Maldición de Odi« (2007, t: The curse of Odi), represents the final battle between the witch clans. It isn’t just the Pyrenean setting, unusual for a fantasy novel, which makes the »War of the Witches« trilogy so effective, nor the fact that almost all the characters are female. More than anything, it’s the deft combination of a female coming-of-age story with a generational account of daughter, mother and grandmother in a mythical European setting that engages the reader. Carranza’s scientific background as an anthropologist is clearly evident in her character portrayal, while she also incorporates numerous references to legendary historical figures. These include the Hungarian Elisabeth Báthory (1560−1614), known as the »Blood Countess«, who was the model for the chief of the Odish witches. In her young adults’ novel »Magia de una noche de verano« (2009, t: The Magic of a Summer Night) Carranza deploys great sensitivity in depicting the development of her female protagonist and skilfully embeds her everyday teenage life into a mythical, fairy-tale context. The anthropological background of the writer is manifest in this novel, too. Its plot floats atmospherically somewhere between Shakespeare’s »A Midsummer Night’s Dream« and Irish fantasy stories. Carranza’s latest book »Palabras Envenenadas« (2010; tr. Poisoned Words) has received several awards already. In the style of a detective novel it deals with prostitution and sexual abuse. Seven illustrated children’s books have been published in a series between 2011 and 2016 that follow a boy named Victor in his adventures with zombies, elves, vampires, and other fantastical creatures. Her most recent children’s book, »¡Calla, Cándida, calla!« (2017, tr. Shut Up, Candida!), is about a fifteen-year-old’s summer love.

The author has written over 40 children’s and youth books to date, for which she has received many awards, including the 2011 Spanish National Children’s and Young People’s Literature Award and the 2014 Cervantes Prize. Maite Carranza also writes novels for adults as well as television scripts and teaches creative writing. She has three children and lives in San Feliu de Llobregat near Barcelona.