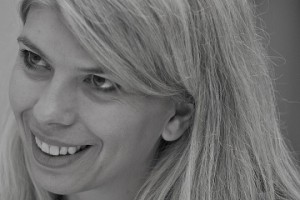 Marica Bodrožić was born in the Dalmatian village of Svib in 1973. She grew up in her grandfather’s home in Dalmatia, and followed her parents to Germany at the age of ten. In her autobiographical text »Sterne erben, Sterne färben. Meine Ankunft in Wörtern« (2007, tr. Inherit Stars, Colour Stars. My Arrival in Words) she discusses the drastic experience of learning German: »I enjoyed tripping up reality, and I was glad to hear words as yet unknown, and to explore the aerial seam between the letters with my tongue.« Marica Bodrožić studied cultural anthropology, psychoanalysis, and Slavonic languages and literature in Frankfurt.

»Tito ist tot« (tr. Tito Is Dead), her first collection of short stories, appeared in 2002. Full of details, with suggestive and powerful images and expressions, her debut describes her memories of Dalmatia from a child’s perspective. Many of her early texts are devoted to the landscape − the Mediterranean and the karst, thunderstorms and the impact of the landscape on people’s lives. The »Border Crossers Programme« of the Robert Bosch Foundation sponsored Bodrožić’s investigative journey to Croatia in 2004, where she explored local archives as well as the country’s islands. This resulted in her second anthology »Der Windsammler« (2007; tr. The Wind Collector), a mixture of landscape portraits and depictions of the soul in different seasons. The stories are, once again, full of images and facets: legends blend with reality, and her protagonists float between waiting and dreaming. Dictatorship and the war only materialize in a marginal and mythologized form. Her narration becomes much more concrete in her novel »Das Gedächtnis der Libellen« (2010, tr. The Memory of the Dragonflies). A young woman falls in love with a married man, taking excessive pleasure in their relationship until she is forced to give up the illusion of a shared future. The two other themes of this book – intended as the first in a trilogy – emerge in the course of a monologue of self-actualization: the narrator’s family history, dominated by the absence of the dragonfly-killing father who fled to America, and her friendship with Arjeta, who survived Sarajevo. While Bodrožić’s prose is very lyrical, her poetry is rather prosaic. Her third collection of poems »Quittenstunden« (tr. Quince Hours ) was published in 2011. It includes 25 texts about a person tentatively and poetically travelling through foreign cities and landscapes. The reflections of external experiences and her own memories − of love, pain, and violence − come together in the inner space of memory. Marica Bodrožić has also written essays and features about bilingualism as well as working as a translator from Croatian and English.

She has received numerous awards, including the Heimito von Doderer Prize in 2002, and the Literary Award of the Academy of the Arts in Berlin in 2007. Marica Bodrožić lives in Berlin.