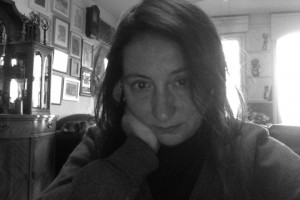 Perihan Mağden was born in 1960 in Istanbul. After completing her schooling in Turkey at Robert College, where, she states, she already felt challenged by the system, she studied psychology at the Bosphorus University. In 2006, she was indicted by the Turkish government for an article she had published the previous year as a columnist at the weekly magazine »Yeni Aktuel«. In the article, she had defended the decision of a young Turkish man to refuse to perform his compulsory military service, for which he was imprisoned, and argued that his right to conscientiously object is a human right in the view of the United Nations. The trial for alienating people from military service was accompanied by international protests by human rights organisations until a verdict deemed her statements to be protected by free speech.

In addition to her journalistic work for Turkish newspapers, including as a columnist for »Radikal« from 1997 to 2009, Mağden published several novels and a collection of poetry. She made her literary debut in 1991 with the crime novel »Haberci çocuk cinayetleri« (1991, Eng. »Messenger Boy Murders«, 2003), a darkly humorous exploration of the absurdity of human existence. In 2002, she published the story »İki Genç Kızın Romanı« (Eng. »2 Girls«) about the intense friendship of two fundamentally different teenage girls (one a punk, the other meek), in a materialistic milieu dominated by men, who gradually realise that their relationship represents an impossibility within those circumstances. The British newspaper »The Independent« praised Mağden’s novel for matching the vivid and irresistible portrayal of adolescent anguish depicted in J. D. Salinger’s classic »The Catcher in the Rye«. In 2005, it was adapted to film in Turkey and won several awards at the Antalya Golden Orange Film Festival. In her novel »Biz kimden kaçıyorduk Anne?« (2007, Eng. »Whom Were We Running From?«, 2010 and »Escape«, 2012), Mağden describes with efficient yet poetic language how a mother and her daughter keep running out of fear of being caught by pursuers who remain in the dark. In 2010, she published her novel »Ali ile Ramazan« (Eng. »Ali and Ramazan«, 2011), a Turkish book of the year, about two orphan boys whose friendship, as they struggle to survive on the streets of Istanbul after they have reached legal age, turns into tender yet brutal love. Most recently, her novel »Yıldız Yaralanması« (2012, tr. Star Wounded) and essay »Tehlikeli Temayüller« (2014, tr. Dangerous Dispositions) were published in Turkish. She was a guest commentator for the »Spiegel« on the attempted coup in Turkey in 2016.

Mağden, who was awarded the Freedom of Thought and Expression Prize by the Turkish Publishers Association in 2008 and whose novels are bestsellers in Turkey, lives in Istanbul.