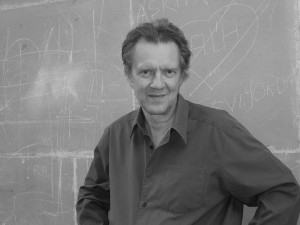 Peter Stephan Jungk was born in Santa Monica, California, in 1952. The son of Jewish emigrants spent his childhood and youth in Vienna, West Berlin and Salzburg. He then became an assistant director at the Theater of Basel and worked on several films before studying at the American Film Institute in Los Angeles. In Paris in 1977, he worked as an assistant director on Peter Handke’s film »The Left-Handed Woman«. His collection of short stories »Stechpalmenwald« (1978; tr. Hollywood) was published the following year. In 1979/80, he enrolled in a Torah school in Jerusalem, where he wrote his first novel »Rundgang« (1981; Eng. »Shabbat – A Rite of Passage in Jerusalem«, 1985), about city walks that inspire one to reflect on one’s identity.

All of Jungk’s novels focuse on identity and individualism. His protagonists are restless characters, some of whom seek their calling and roots (»Tigor«, 2003, Eng. »Tigor« aka »The Snowflake Constant«, 2003), while others are driven by background and personality (»Die Unruhe der Stella Federspiel«, 1996; tr. The Uneasiness of Stella Federspiel; »Die Erbschaft«, 1999; Eng. »The Inheritance«, 2010). »Der König von Amerika« (2001, Eng. »The Perfect American«, 2004) is a novelistic approach to Walt Disney’s biography and depicts the fascinating character of a charismatic corporate dictator whose ideas engender amazing works. Philip Glass’ opera »The Perfect American«, based on Jungk’s novel, premiered in 2013 in Madrid’s Teatro Real. »Die Reise über den Hudson« (2005, Eng. »Crossing the Hudson«, 2009), the follow-up to the fictitious life story of Walt Disney, is a novel with autobiographic elements about a man’s striving for self-discovery. The suffocating love of his mother and his overpowering father keep him from growing up. Jungk’s »Das elektrische Herz« (2011; tr: The Electric Heart) is about the love between a Jewish playwright who has suffered from heart problems since his youth and a young Kabyle postwoman. In a constant dialogue with his heart, the protagonist recounts a number of »erotic conquests« – all told with considerable irony. Trained as a playwright and screenwriter, Jungk’s style is rich in images, with magical-realistic touches, composing nuanced, thought-provoking portraits, tableaus full of facts, and enthralling plots. His depiction of the life of Franz Werfel (1987, Eng. »Franz Werfel, A Life in Prague, Vienna and Hollywood«, 1990) was seen by critics as the »first truly comprehensive biography, and an excellent read« (»FAZ«). In 2015, Jungk published »Die Dunkelkammern der Edith Tudor-Hart« (tr. The darkrooms of Edith Tudor-Hart), the biography of his great-aunt. Set in the 20th century, against the backdrop of the worker’s movement, Jungk skillfully recounts the story of this socio-critical photographer and secret agent, on whose life story he also based his documentary film »Tracking Edith« (2016).

Jungk also works as a translator, and as an author and director for radio and television. He is the recipient of the 2001 Stefan-Andres-Preis and 2011 Buchpreis der Salzburger Wirtschaft, among others. He lives in Paris.