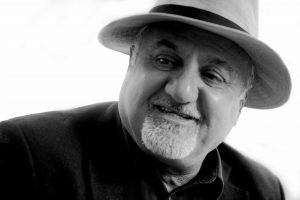 Samuel Shimon was born in 1956 in Al-Habbaniyah, Iraq, left his home country in 1979. Nowadays Shimon lives in London. Shimon is a writer of short stories and poems as well as a publisher of anthologies. His debut novel »An Iraqi in Paris« (2005/2011) was highly praised by the critics. In the Arab world, the novel-like autobiography advanced to become a bestseller. It has been translated into four languages. Shimon’s second novel »Sankhiro’s adventures« was published in 2013.

A Crack in the Wal

New Writing from the Arab World

An Iraqi in Paris